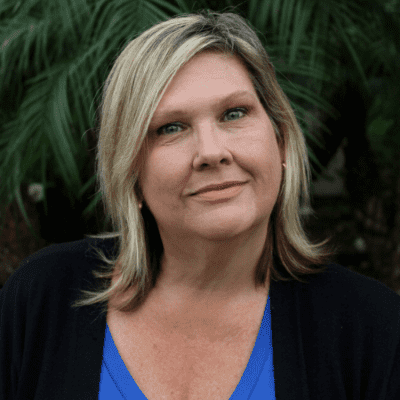 Whether hiring new associates, assisting employees between our three offices, or riding her Harley Davidson, Catherine believes in showing up authentically and following your passion.

Catherine is the heart of our Human Resource Department and is a genuine people person. Driving positive culture and connecting with others as she mentors comes naturally to Catherine. One of the highlights of her job is creating excitement as she welcomes new employees to the JLKR team.

Catherine is known for her skills in managing organizational change and effectively balancing the needs of the business with those of employees. She’s approachable, compassionate, solution-oriented, and a great listener.

Silly or interesting event
“A previous manager gave me the nickname of Kung FU Panda. He asked me if I played any sports, and I told him I liked kickboxing. He asked me how high I could kick, and I went to show him and connected with his head. OOPS!”

Claim to fame
“When I was five, I met Alice Cooper. It was my first concert. My mom was a reporter for a local newspaper and TV station, and she often took my sister and me on location with her. She took us to an Alice Cooper concert because she was assigned to interview him. After watching the concert with all the dramatics, the scary makeup, and the large snake, we arrived at his hotel room for the interview. He walked in with his stage makeup on, and I was scared to death! I ran out of the room and down the hallway screaming and crying. He took off his makeup so I wouldn’t be afraid and came out to the hallway to get me. He was so nice.”

“In addition to Alice Cooper, I’ve also met The Rolling Stones, The Osmonds, Paul Newman, Richard Nixon, Tommy Lasorda, Elvira – Mistress of the Dark, Jan & Dean, and many others.”

Least favorite word
“No. If you work together, there is always a way to say YES.”

Catherine has been serving in a human resource capacity for over 15 years. Her HR career began at Target when she applied as a seasonal retail worker. She was approached by the head of human resources and asked to join her team. She fell in love with the role. In addition to her time at Target Corporation, Catherine has headed the HR departments for several establishments, including an organic supplement company, a drug and alcohol recovery organization, and an assisted living/memory care center. Before her human resource roles, Catherine worked for several auto dealerships in accounts receivable and payable.

How to Get Started with the R&D Tax Credit?