Note: Actual terms vary by reinsurance contact so it is important to read and understand the terms of your particular reinsurance agreement, and of course, if you need help, feel free to give us a call.

For this example of the excess of loss contract, “the reinsurers will allow the Company a Contingent profit commission of 45% of the net profit of the agreement”. The net profit per the agreement is as follows:

Per this example agreement, the commission will be computed 12 months after the expiration or cancellation of the agreement (April of each year).

Below is an excerpt from Statement on Statutory Accounting Procedures No. 62R Property and Casualty Reinsurance (SSAP No. 62R), paragraphs 48-51:

The issues is the proper recording of the liability/asset and expense/revenue from the contingent commission clause in the reinsurance treaty. 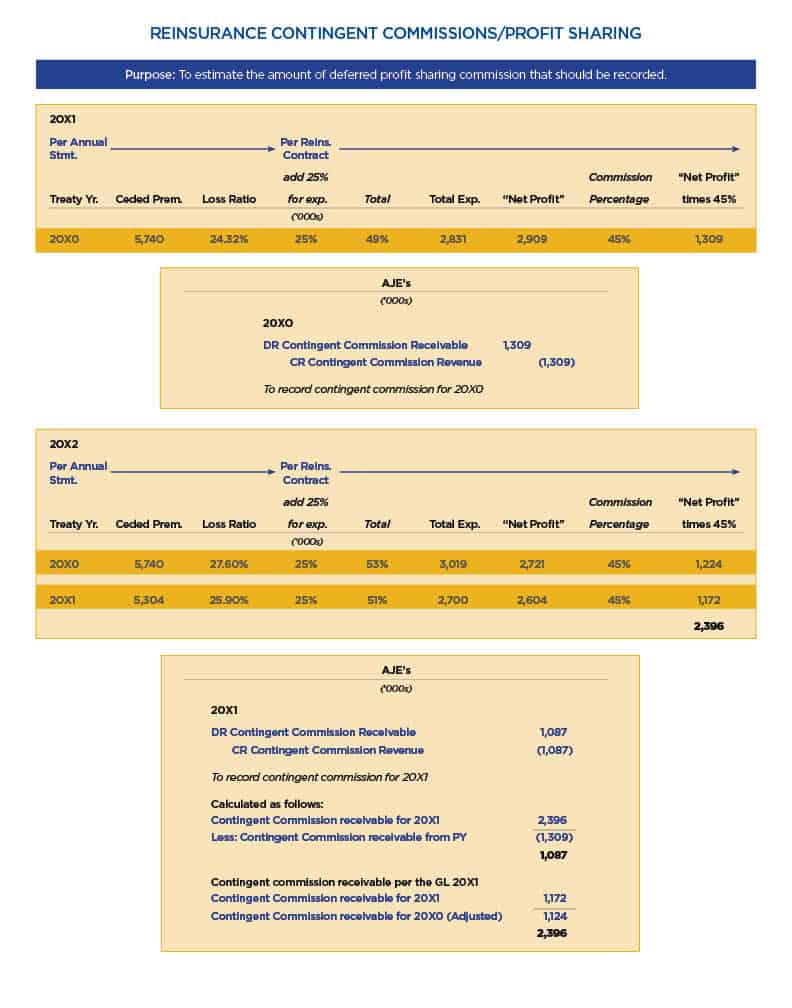