The U.S. continued its growth of the number of captive insurance companies in 2015. Overall, the number of captives increased by 7% from 2014. Captive insurance companies are utilized as a popular risk management strategy and have been implemented by nearly all Fortune 500 Companies.  In addition, over the past decade, the growth is happening both onshore and offshore.  The latest development is small to mid-size businesses have begun to utilize the benefits of captives as risk management tools. 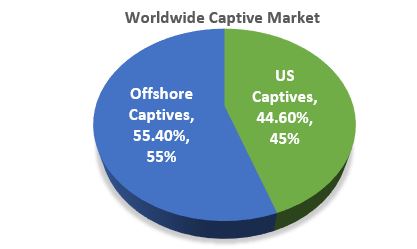 The U.S. was resistant to the idea of captive insurance, however, as the cost of commercial insurance rises and certain types of insurance coverage becomes scarce, there has been significant growth in the captive markets. According to Business Insurance in 2015, it is estimated there were close to 7,000 captives worldwide, with the U.S. market continuing to make up a significant portion of the worldwide market.  This is the first year that the total captives domiciled within U.S. has towered above the numbers of captives offshore at a 44.6%.

Overall, Vermont remains the largest captive domicile in the U.S. Utah and Delaware round out the top 3 domestic domiciles.  Tennessee saw the largest increase in number of new captives (57), followed by Nevada and N. Carolina each having 42 new captives.  Below are the domiciles within U.S. ranked by number of captive licenses at year-end 2015: