The early termination of a reinsurance contract is known as commutation. It releases the reinsurer of its present and future obligations under the original reinsurance agreement for a negotiated consideration as a complete and final settlement.

Why commute and how much will it cost? From entity to entity the reason to commute will differ:

Whatever the incentive, commutation is risky and careful consideration is required by both parties in negotiating and agreeing on a settlement price. Illustrated below are some factors considered in calculating the desired parting price. 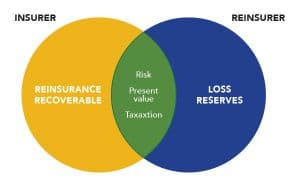 Is the insurer willing to take on future adverse development without sharing the risk with a reinsurer? Is the reinsurer paying too much for the present value of future claim payments? What are the tax implications for both parties? These are some of the questions to be addressed as the parties develop an acceptable price range.

How do you account for a commutation? SSAP No. 62R, Property and Casualty Reinsurance, paragraphs 73 to 76 provides the accounting treatment for commutations.

For example, assume Fred Insurance Company (“Fred”) has been in business for three years. Fred and Sally Reinsurer (“Sally”) have a quota share treaty covering 2014 and Fred cedes 50% of its business to Sally. In year three, Fred and Sally decide to part ways. They agree on a commutation settlement value of $900, which considers both time value of money and expected future loss payments. Prior to commutation, Fred ceded ultimate loss reserves of $1,000 to Sally. Reserve methodologies for Sally are 10% higher than Fred’s; therefore, Sally assumed loss reserves of $1,100. The parties would record the following entry at commutation:

The impact on the financial statements is as followed:

Effects on Schedule P are illustrated below for both parties before and after commutation. Ceded loss payments for Fred and loss payments for Sally will increase by $900 upon commutation. Ceded loss reserves will decrease by $1,000 for Fred and loss reserves will decrease by $1,100 for Sally. For Sally, commuted claims are closed claims and reflected on Schedule P – Part 5. There will also be tax implications for both parties. The example provided is simplistic, however, if the parties had multiple lines of business and the commutation effected multiple years, the cash consideration would be allocated. 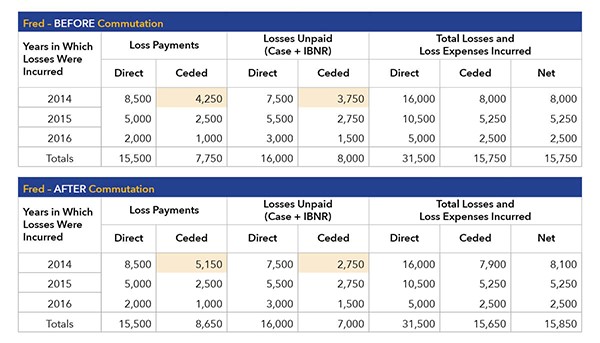 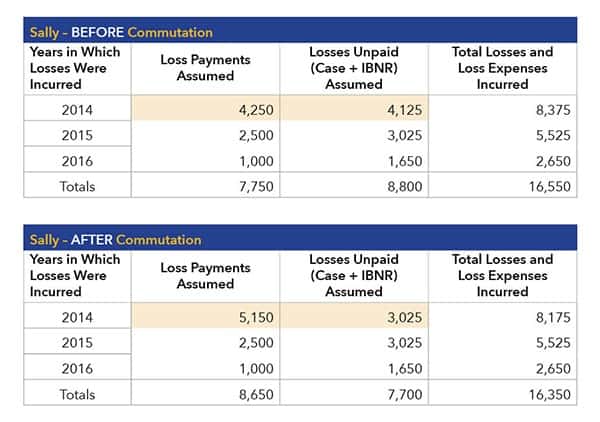 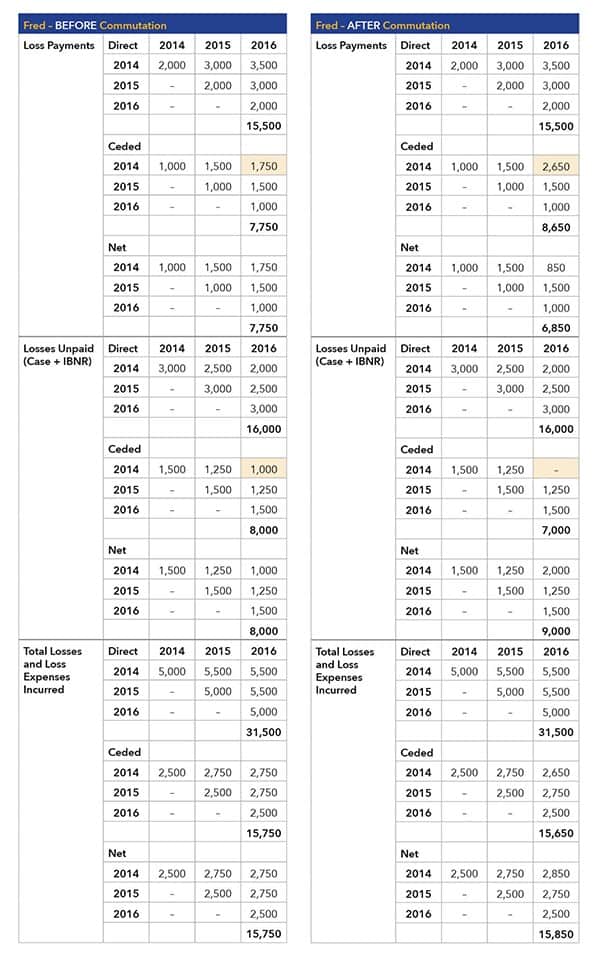 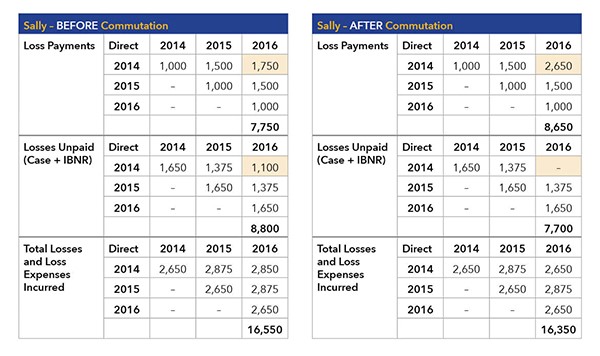 Conclusion: Parting ways may sound simple. However, in commutation there are many factors to be considered, comprehensive analysis to be drafted, pricing to be determined, and possible future repercussions to be endured.